How to use Script Widget?

To use the script widget, follow the steps below: 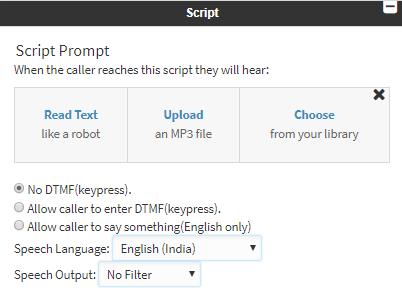 Choose the option to allow the caller to enter the keypress, or just say something. Choose the Speech language and the speech output (as shown in the image below). There are two options for the speech: 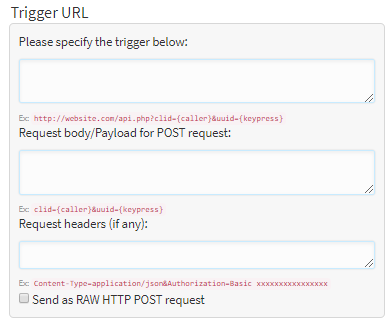 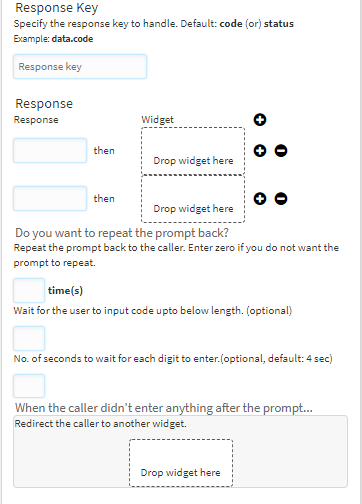 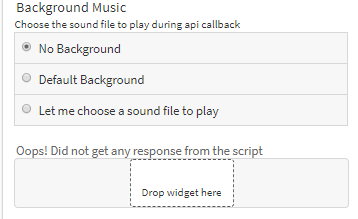 - {say:$variable} Which will verbalize the value of script response variable $variable.

- {play:$variable} Which will play the URL value of script response variable $variable.

Sample URL, to show how keypress is passed Where user is prompted to enter their order ID in script prompt and is passed to client server for validation along with calling number.

Example: If the IVR is set to accept 4 digits and the gap between each digit is set as 5 seconds, then the IVR will wait for 20(5*4) seconds before taking the next action.

Didn’t get a response from the script (Mandatory): Add a widget here depending on the action that has to be taken if no response is received from the URL that is triggered in the previous step until the URL times out. Mostly a hang-up widget is used to terminate the call.

Did you find it helpful? Yes No

Send feedback
Sorry we couldn't be helpful. Help us improve this article with your feedback.